An overview of the events and projects PINE Maastricht organized during the (online) academic year 2020/21.

Throughout the academic year 2020⁄2021 PINE organised a diverse selection of events including movie screenings, book clubs and guest lectures. While the online environment was sometimes challenging, it also gave us the opportunity to invite exciting international speakers and get in touch with other Rethinking Economics local groups. If you are interested in what we have done, scroll on and see some of the highlights!

During the autumn of 2020 PINE explored the work of French economist Thomas Piketty. His second book “Capital and Ideology” was newly published in English and we seized the opportunity to get to know his theories better. Therefore, we organised two public events on either one of his books in order to make more students familiar with his work on economic inequality.

On October 7th we hosted an online movie screening of the documentary “Capital in the 21st century”. The movie is based on Piketty’s ground-breaking bestseller with the same name - a recommendable read for any pluralist! While the book was already released in 2013, the movie premiered only few months before. After the joint movie session via Zoom, a lively discussion between the attendees reflecting on the content and its implications developed. 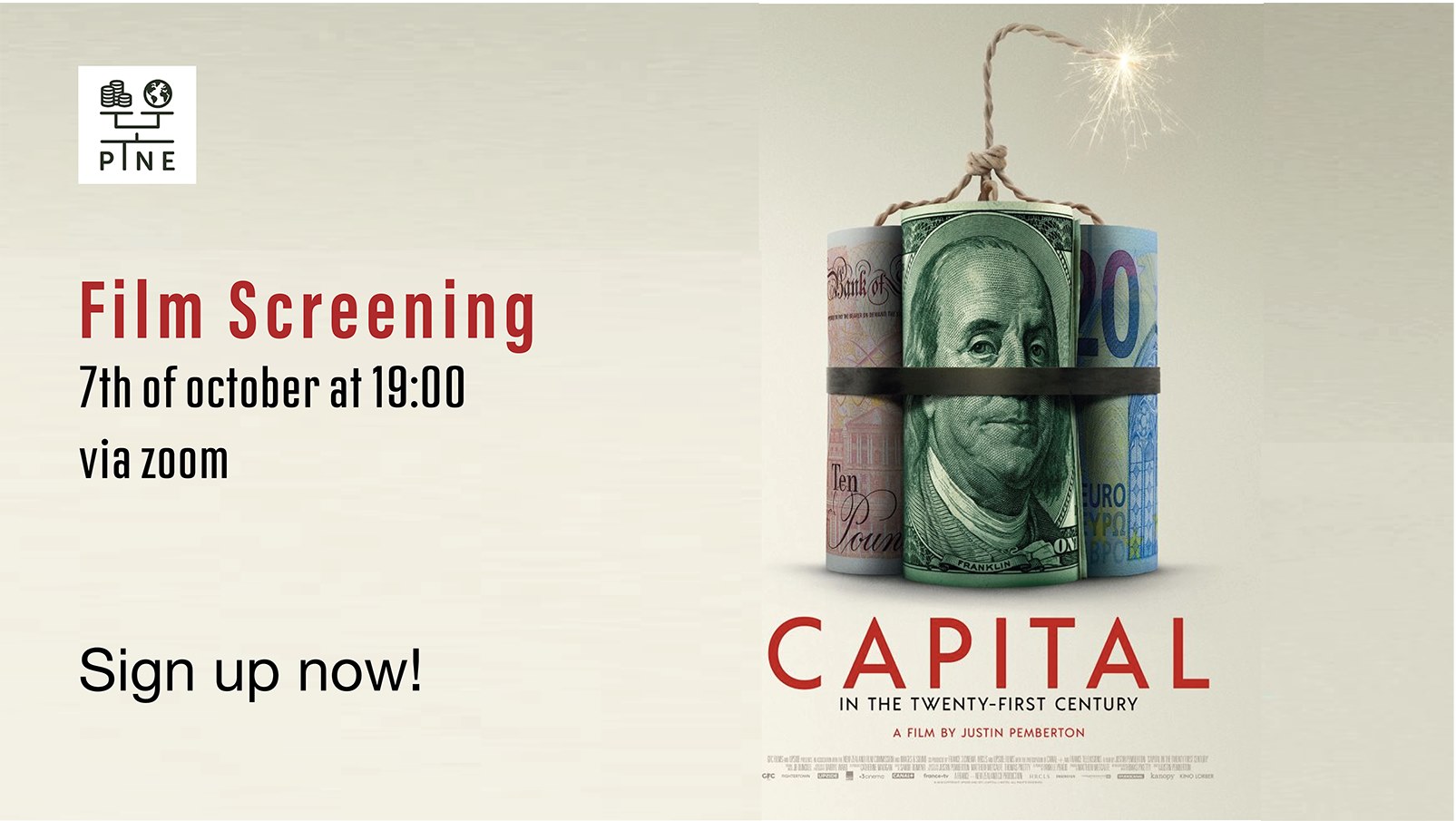 Pieter Pekelharing on “Capital and Ideology”

Four weeks later PINE welcomed Pieter Pekelharing from the University of Amsterdam to host a workshop on Piketty’s new book “Capital and Ideology”. At the start Pekelharing gave the participants a short recap of the book’s content highlighting the major conclusions and afterwards guided and participated in a lively discussion with the attending students. The interactive format allowed all students to share their thoughts or ask questions. A successful finale of the “Piketty autumn”. 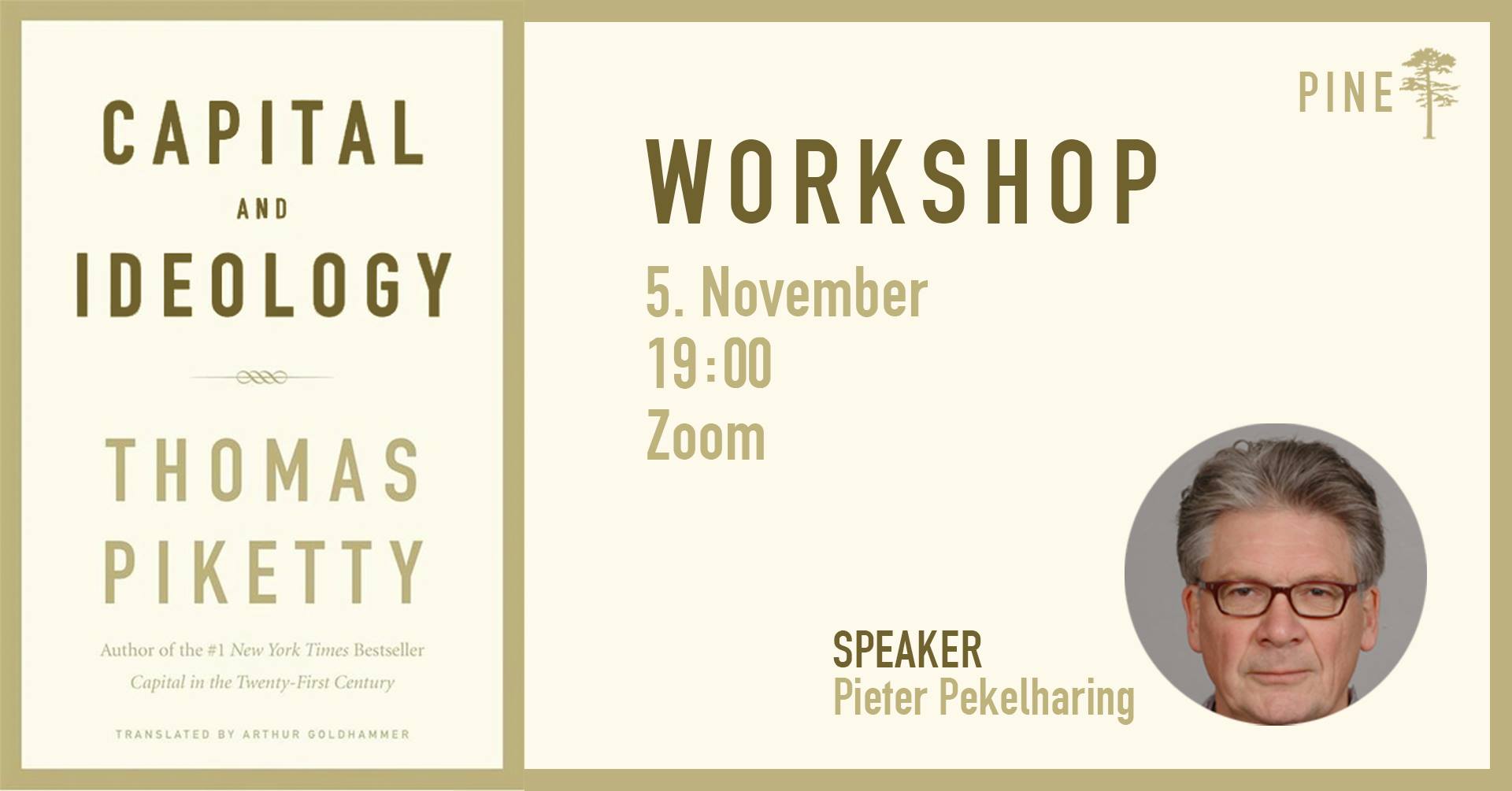 To lighten up long curfew evenings PINE organized book clubs on two pluralist economics books during the lockdown winter of 2021. In January we started with another pluralist classic, Steve Keen’s “Debunking Economics”. Spread out over two evenings we discussed selected chapters of the book. Participants got to know Steve Keen’s main arguments and lively debates on the content and the revealed flaws of mainstream economics developed. 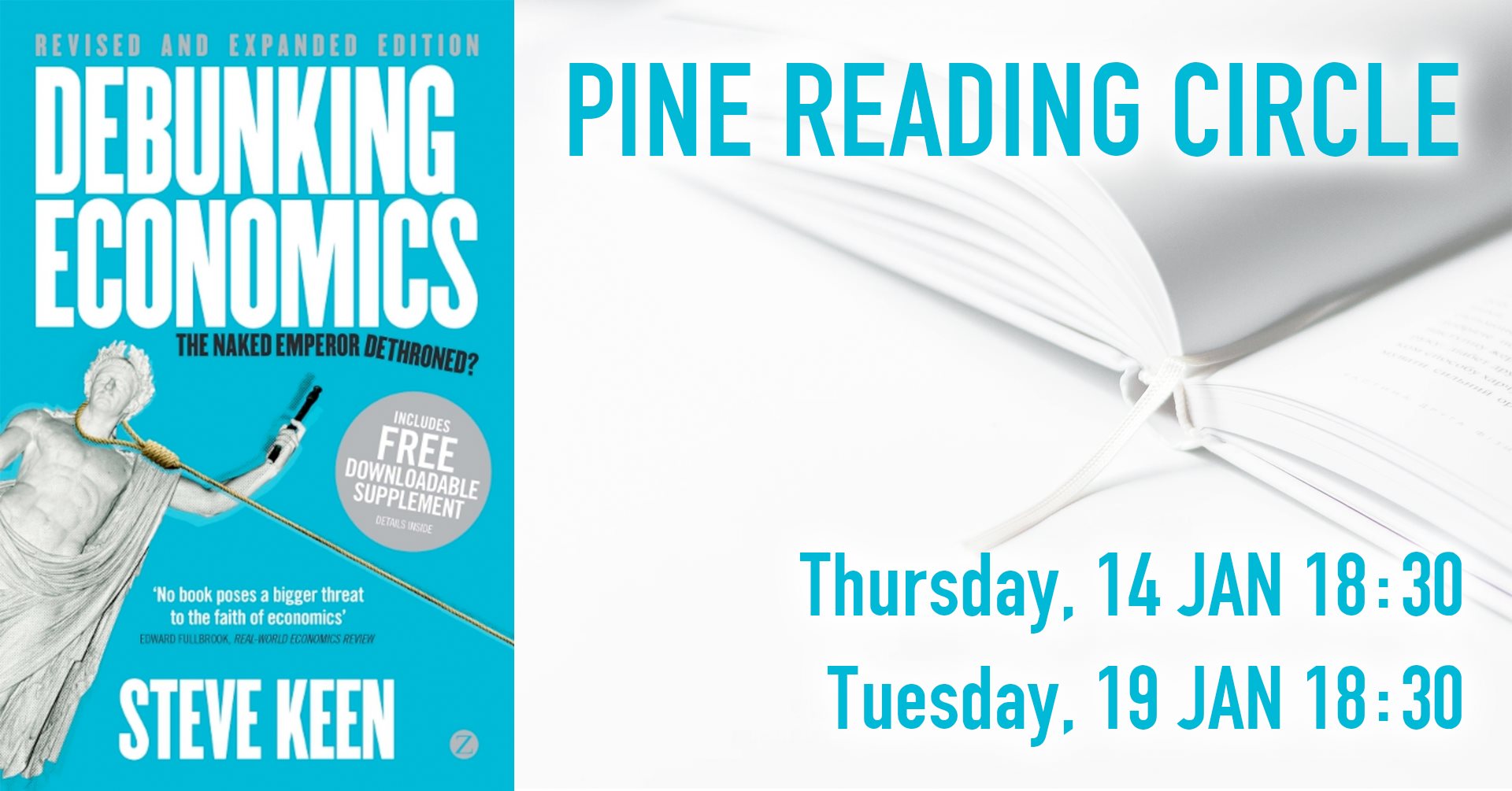 During the spring semester we explored one of the current hot topics in economics: Modern Monetary Theory (MMT). The “MMT spring” consisted of a second book club on “The Deficit Myth” by Stephanie Kelton and a workshop by Maurice Höfgen.

As the lockdown went on, we decided to organize another reading circle. This time we read Stephanie Kelton’s recently published book “The Deficit Myth”. In this delightful read, participants got to know the ideas behind the Modern Monetary Theory. 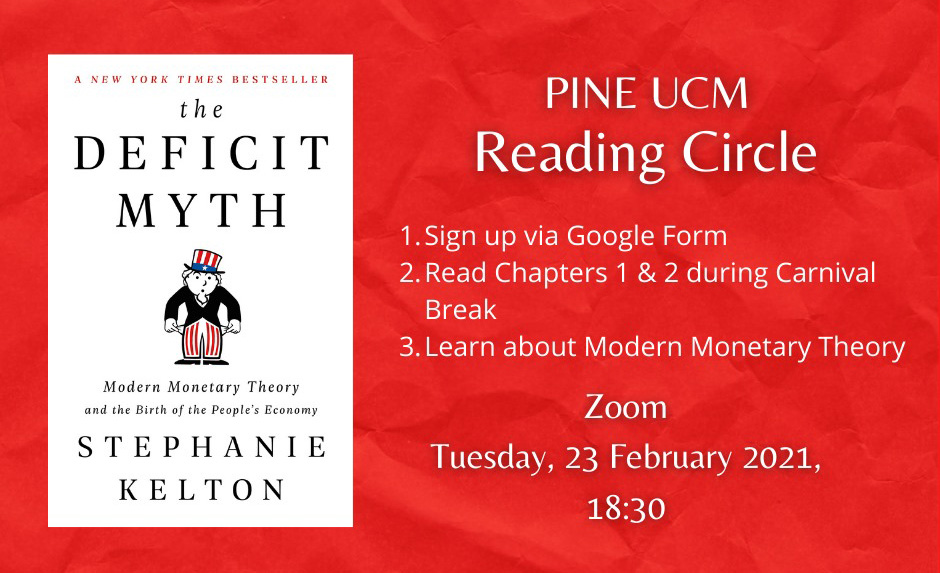 In April we welcomed Maurice Höfgen back to Maastricht! He is himself a former PINE Maastricht member and now an expert on Modern Monetary Theory. Maurice recently published the book “Mythos Geldknappheit”, hosts the YouTube Channel “Geld für die Welt” (both in German only) and works as a research associate in the German Parliament. Thanks to our once again intensified contact to the Dutch and German Rethinking Economics networks, a diverse audience from many European universities joined us. Maurice gave an introduction to MMT and afterwards all participants had the chance to ask questions or share remarks in an extensive Q&A session. 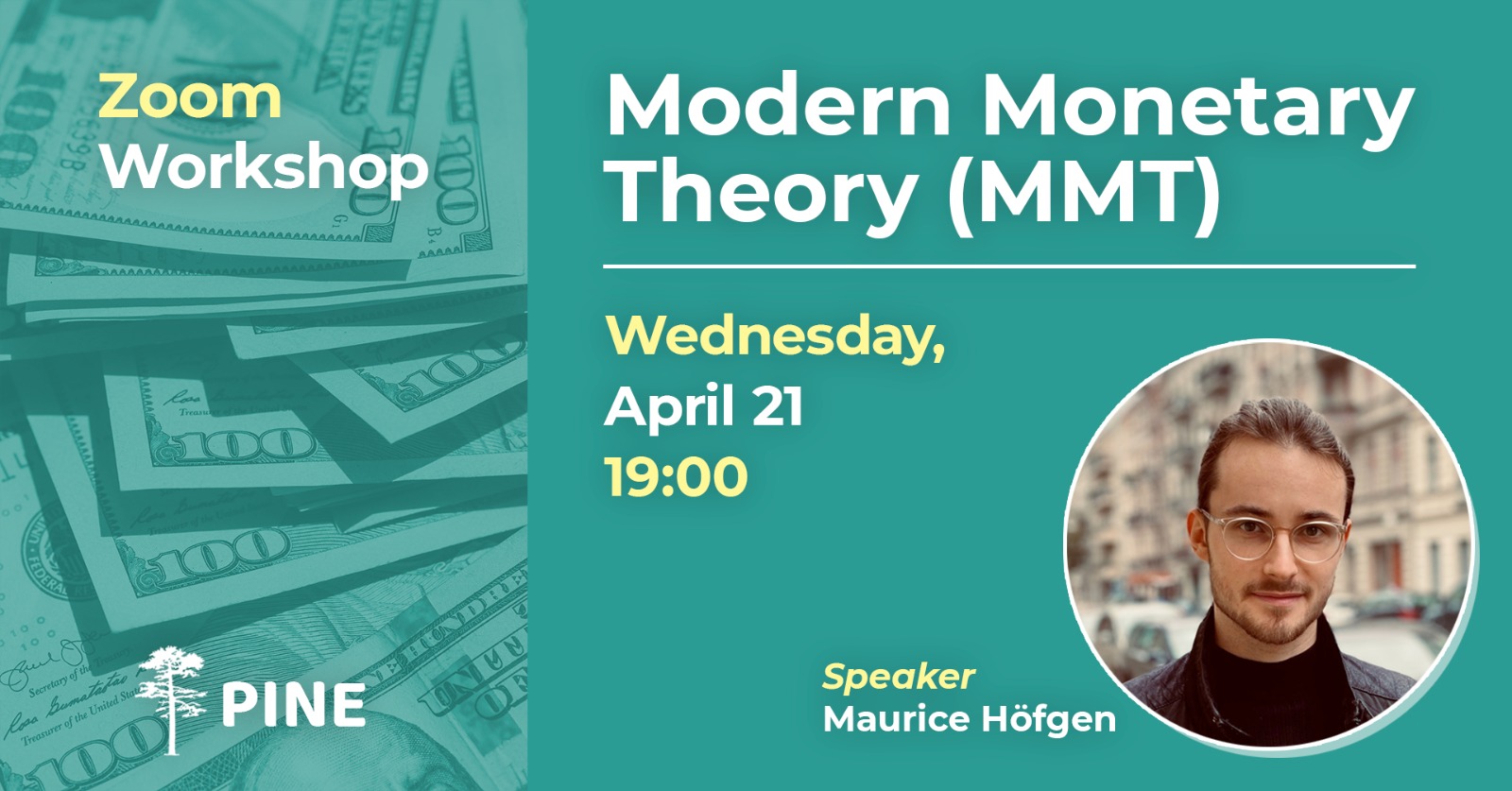 In June 2021 the year cumulated in a highlight: Prof. Ajit Sinha, a leading historian of economic thought on Pierro Sraffa, joined us for an online lecture. We were honoured to welcome the amazing Prof. Sinha, professor of economics at the Thapar School of Liberal Arts and Sciences in Patiala, India. The audience was not only introduced to Sraffa’s work and Prof. Sinha’s interpretation of it but also to the greater history of economic ideas during that time. Afterwards, Prof. Sinha took plenty of time to respond to any remaining questions or comments. 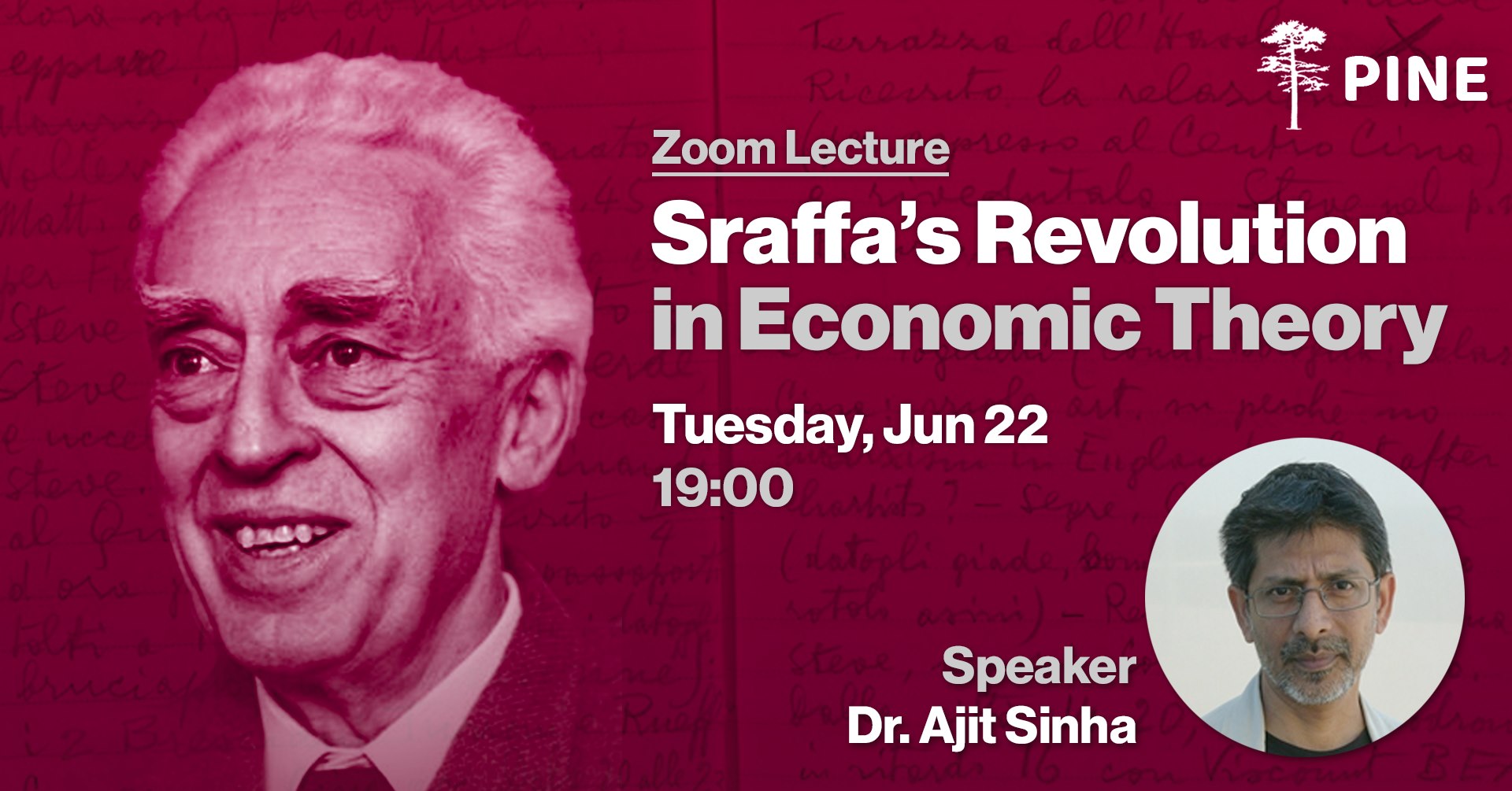 Overall it was an exciting and enjoyable year for the young PINE Maastricht team.

Many thanks to all speakers for taking time to visit us virtually in Maastricht!